Ethical Hacking 101: Get to Know the Top 5 White Hat Hackers of All Time

What do you think about after hearing the word "hacker"?  For many, the term has become painfully associated with digital crime and the illegal actions of cyber threat actors. Truthfully, though, there are tons of ethical hackers out there who put their information security expertise to work to make our world safer and more secure. Initially, terms like a hacker, cracker, and phreaker or hacking, cracking, and phreaking described individuals and actions involving using advanced computer science, network security, and knowledge about telecommunications infrastructure to complete various objectives. Criminals have given the words somewhat of a negative connotation there, and this isn't entirely fair.  Throughout the world, ethical hackers are employed in governments, deployed in private organizations, and working to help secure digital assets and infrastructure against the intrusion and encroachment of would-be criminals and state-sanctioned cyber exploitation efforts. These individuals and the organizations they serve are often known as "white hats" and "white hat hackers."  Though many do not agree with this somewhat simplistic and dualistic way of thinking, for better or worse, these terms contrast with the idea of "black hats" and "black hat hackers" that use their cyber expertise for less honorable purposes. Though there are many symbolic connections to other topics, these ideas of white and black being in opposition are a timeless convention.  Just as in the medieval world, white knights and black knights opposed each other on fields of battle and war. They were divided by their ideologies and attitudes towards personal responsibility. Today's white hat hackers and black hat hackers often find themselves eye to eye in a constant struggle for cyber supremacy and control of the digital networks that have become central to modern human existence.  This article outlines the top five most famous ethical hackers of all time. It provides praise for their historic efforts to enhance global cybersecurity and digital resilience to exploitation and crime.

The World's Top 5 White Hat Hackers of All Time

Without much further ado, please take your time to get to know the world's top 10 white hat hackers of all time. Though thinking about "black" vs. "white" and "good" vs. "evil" may rightfully not jibe with everyone, the terms provide a basis for discussion even if they are limited in their ability to portray the complex and nuanced people behind different information security actors and actions accurately.

Sir Timothy John Berners-Lee, OM, KBE, FRS, FREng, FRSA, DFBCS, is one of the world's most renowned computer scientists. His fame comes from his invention of the world wide web. Since 1989, when he developed much of the infrastructure that has created the modern world as we know it. Sir Berners-Lee has taken a leading role in the World Wide Web Consortium; a leading organization focused on establishing standards for using the internet and addressing interoperability between the different systems and platforms found online. Sir Berners-Lee is a genuinely revolutionary thinker who has used his expertise to help create a better and safer digital environment for us all to enjoy.

Michael Gregory Hoglund is a leading researcher, thought leader, and serial entrepreneur who has created some of the most advanced cybersecurity threat detection protocols known today. A computer forensics expert, Hoglund has used his skills to assist the world governments, intelligence agencies, and some of the most dominant companies in the world. Hoglund is explicitly known for addressing buffer overflows, online game hacking, rootkits, and software exploitation. His later work focused on computer forensics, hacker attributions, malware detection, and physical memory forensics. He holds a patent on fault injection methods for software testing and fuzzy hashing for computer forensics.

Richard Matthew Stallman is famously known as the founder and chief architect of the GNU project, a software project dedicated to making technology more freely available online. Stallman has been a leading information security thinker who, since the 1980s, has strongly advocated for technology's potential to bring people together and be used to help the world cooperate and coexist in a state of harmony.

Considered one of the most influential computer geniuses of all time, Daniel Kaminsky is the Chief Researcher behind White Ops, one of the world's leading companies for detecting malware across digital networks. He is famous for identifying a fundamental design flaw in the Domain Name System (DNS) that allows hackers to perform various cyber exploitation operations. The New York Times famously called Mr. Kaminsky an "Internet security savior" and "a digital Paul Revere."    Jeff Moss An ethical hacker and highly experienced computer scientist, Jeff Moss is famous throughout the hacking community for founding the hacker conferences known as Black Hat and DEFCON. He has also served on the U.S. Homeland Security Advisory Council and is a Global Commission on the Stability of Cyberspace commissioner. Though he was known by the moniker Dark Tangent, Mr. Moss has become one of the world's most leading and influential white hat thought leaders of all time. 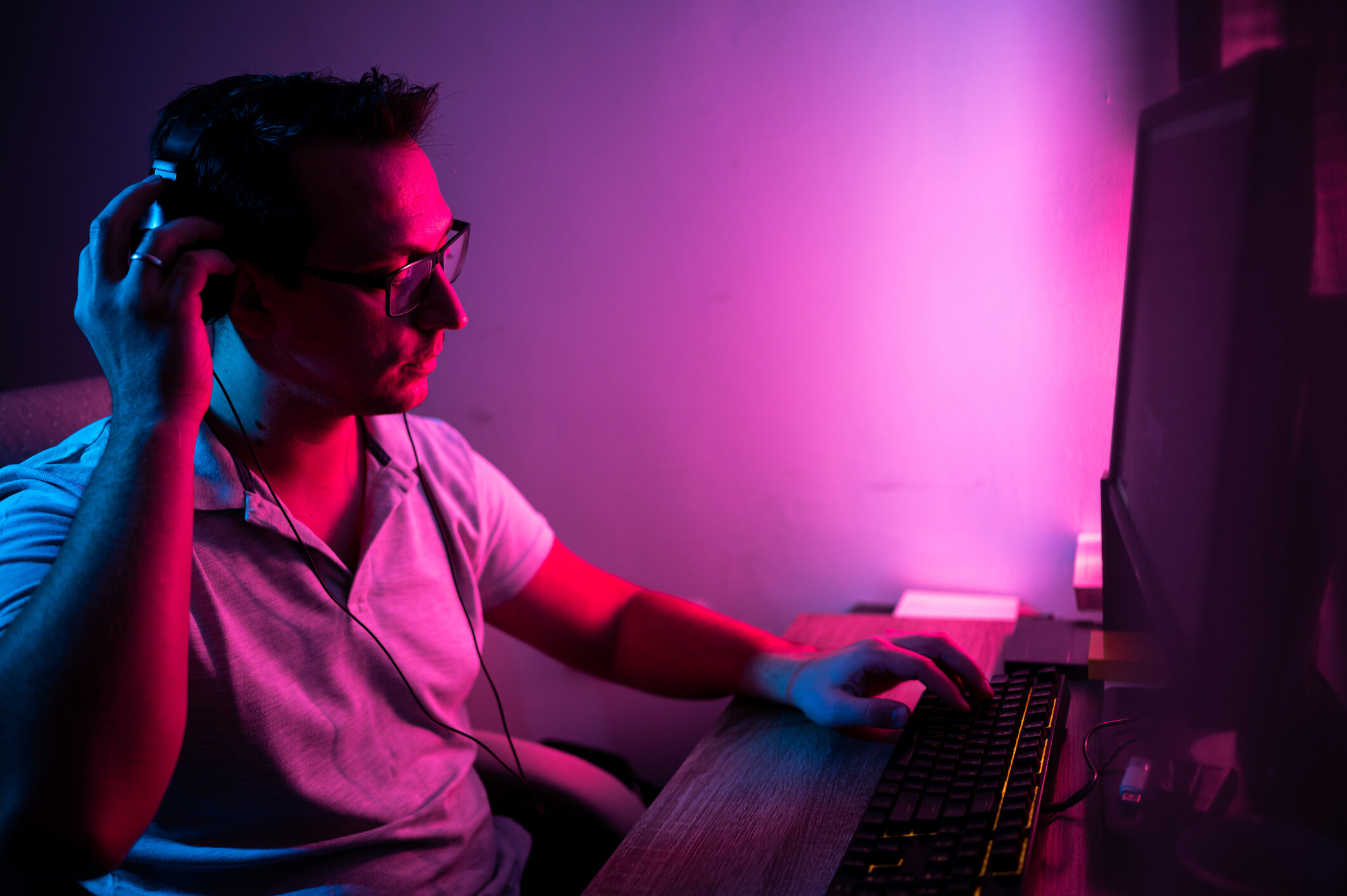 Now that we've set the stage, it's time to introduce some of the other leading players in the fast-paced hacking world. In addition to the terms white and black hats, various other color-based terms that specific global information security or cybersecurity world members have adopted to describe the motivations that drive professionals with these unique and highly in-demand skill sets.  White Hat Hackers: This term refers to ethical hackers that use their cyber expertise to complete operations such as penetration tests on banking software to help secure it and prevent criminals from taking advantage of security shortfalls. White hat hackers come in all shapes, sizes, and creeds and can be found in every nation. What aligns a white hat hacker is their decision to use their talents to enhance cybersecurity rather than corrupt it or take advantage of opportunities to be found across networks to exploit, disadvantage, or harm individuals and other organizations.  Black Hat Hackers: This term refers to unethical hackers that use their cyber expertise to complete operations. That includes directing a ransomware attack against a bank to plunder cash and cause general chaos. Black hat hackers also come in all shapes and sizes and belong to every nation. Many black hat hackers are also connected to various world governments and might conduct intelligence and war-fighting missions. Black hat hackers use their talents to penetrate networks to exact revenge, create chaos, profit, and harm individuals and organizations.  Grey Hat Hackers: This term refers to ethically neutral hackers that may penetrate cyber networks but without the intention of causing harm. Many individuals who become white and black hat hackers begin as grey hats, simply testing out their expertise and advancing their skills by getting online and seeing what is possible. Grey hats are often earlier in their careers and are hungry for knowledge. In some situations, though, grey hats can be at risk of committing severe cyber offenses because of trying to satisfy their curiosity to learn.  Red Hat Hackers: This term refers to some of the most hardcore ethical hackers out there. Red hat hackers use their skills to go head to head against black hat hackers. They know that fighting a fire sometimes takes fire. They also understand that to understand their adversaries fully, they must learn to think as they do and act using the same tools and trade secrets. These white hats sometimes use heavy-handed tactics to accomplish their goals in the name of security for both private organizations and national governments.  Blue Hat Hackers: This term refers to amateur hacking enthusiasts motivated to advance their skills to exact revenge against individuals and organizations they feel have harmed them in the past. In this way, blue hat hackers could be said to be turning more closely to the dark side of the force but have not entirely made the conversion to a complete Sith Lord just yet. Green Hat Hackers: This term refers to amateur hacking enthusiasts motivated to learn and advance their skills. These hackers are not explicitly motivated by revenge or the desire to harm anyone. They also have not fully learned how to use force for the sake of good. They are interested in learning about hacking and its unique moral opportunities.

Gradient is proud to employ some of the cybersecurity world's most accomplished white hat hackers. Our team of information security thought leaders are here to extend your organization's cyber resilience and help you safeguard the digital assets driving your success.  We have experience serving leading clients across the United States and around the world. Our team is available to help you develop the tools and tactics your organization needs to ensure your cybersecurity protocols are up to snuff and ready to defend your data against the devastating attacks of cybercriminals and opportunistic black hat hackers.

Learn how prepared your organization is to counter advanced cyber threats launched by black hat hackers.